The Shiite cleric was once Washington’s bitter enemy in Iraq—and now offers the best chance of securing U.S. interests.

By Anchal Vohra, a columnist for Foreign Policy and a freelance TV correspondent and commentator on the Middle East based in Beirut.

In their national election earlier this month, Iraqis took the unprecedented step of rejecting an Iran-backed coalition of armed Shiite militias while showing a clear preference for Muqtada al-Sadr, a Shiite cleric who promotes a nationalist agenda. Fatah or Conquest Alliance, an umbrella organization of various militias or Popular Mobilization Forces (PMUs) that was led by Pro-Iran Hadi al-Amiri, fell from 48 parliamentary seats in 2018 to merely 15 seats this year. Sadr’s Sairoon coalition, meanwhile, emerged as the biggest winner, upping its tally from 54 seats to 73 seats. Sadr is now a kingmaker in the formation of Iraq’s next parliament.

The success of a purportedly secular Shiite grouping over a sectarian and armed one is telling. The PMUs began as an anti-Islamic State force but are since accused of becoming local gangsters who run extortion rackets and carry out extrajudicial killings. Sadr, by contrast, consolidated support on the backs of promises to usher in political reforms that weaken sectarian elites, build a secular society, and end Iranian interference while banishing U.S. troops from the country.

His anti-U.S. credentials are not in doubt; Sadr earned notoriety in the years after the U.S. invasion for unleashing sectarian militias under his control against U.S. troops. Yet it’s the U.S. government that perhaps should be most pleased by Sadr’s new status as a national leader. Many questions remain about how much of Sadr’s agenda he can achieve. But what seems indisputable is Sadr has emerged as Iraq’s only political leader with enough popularity to push through the sort of changes the country needs, including dismantling sectarian quotas for political offices known as the Muhasasa system and containing Iran-backed militias. And in that context, Sadr’s rise suits U.S. interests.

Sadr will first have to negotiate a majority in Iraq’s 329-member parliament. Sources close to Sadr said, in addition to his own coalition’s 73 seats, he can count on the support of 10 independent candidates who joined calls for political reform in nationwide protests in recent years. Nevertheless, negotiations over the government’s formation will take months, and it isn’t yet clear what the final constellation will look like—not least because the depth of Sadr’s own commitment to political reform is difficult to assess.

You can support Foreign Policy by becoming a subscriber.

“The Sadrists turned on the protests in early 2020 and are also responsible for part of the violence perpetrated against activists,” said Lahib Higel, a senior analyst at the International Crisis Group focused on politics, governance, security, and conflict in Iraq. She added it is very unlikely that Sadr can form a government that would exclude the Fatah Alliance or Iran’s militias altogether. “It would invite conflict.” The rivalry between the Sadrists and Iran-backed militias is a quarrel over influence, but when it has suited them in the past, they have buried tensions and cooperated. “In 2018, Sadr came to an agreement with Hadi al-Amiri on government formation,” Higel added.

Dhia al-Asadi, a former top official in Sadr’s political movement and someone believed to be close to the cleric, said Sadr can form a winning coalition by excluding all Iran-backed factions—including the Fatah Alliance of armed militias led by Amiri and the unarmed grouping of Iran-backed political parties led by former Iraqi Prime Minister Nouri al-Maliki, which scored the third highest number of seats (37 seats) in recent polls.

“Those who think like Maliki oppose Sadr, so they can’t be allies,” Asadi said. “It is possible that Sadrists align with the Sunni bloc, which has 38 seats, with the Kurds and independents and maybe other smaller breakaway Shiite parties.” However, such an arrangement will also come at a cost, Asadi explained. “Sunnis and Kurds feel that the Muhasasa system empowers them and gives them representation, so it will be hard to get rid of the system immediately. Mr. Sadr intends on bringing slow reforms. For instance, he says give all communities representation but have them choose the most talented people for positions in institutions. But even there, the issue is that most parties want to appoint the most loyal men to keep control.”

Analysts said despite being part of several governments in the past, Sadrists have been ineffective at pushing for reforms and instead accused of violence and corruption themselves. Sadr, they said, is not a seasoned policymaker but just a populist claiming the mantle of civil society.

Elie Abouaoun, director of Middle East and North Africa programs at the United States Institute of Peace, said Sadr has failed to prove himself. “Even before 2018, al-Sadr was part of both the legislative and the executive bodies, respectively, through members of parliament and ministers he himself nominated,” Abouaoun said. “Despite this relatively solid presence in both branches of the government, his movement cannot claim ownership of serious reform initiatives. Most of what he did was in the realm of criticism, objections, … etc.”

In some cases, his own nominees were involved in scandalous corruption cases, and in others, they were seen accepting existing malpractices and ignoring what they would decry on the street, Abouaoun added. “In a nutshell, I don’t see why any of the factors that prevented him from imposing a reform agenda in the last 10 years will change now,” he said. “I expect him to continue acting as a populist opposition leader while being part of all the governance structures in Iraq.”

The Biggest Loser of Iraq’s Election Could Be Iran

Yet others said despite Sadr’s many contradictions and uninspiring record in pushing for reforms, he nevertheless represents a new political model that should offer inspiration for Iraq and the region. Sadr’s rise reveals that sectarian militia leaders can change their path and use their popularity to create harmony in societies deeply divided along religious lines as well as focus on civic issues that impact peoples’ daily lives. In the battle to change a political system that promotes clientelism and rewards loyalty, gurus like Sadr with a mass following can play a crucial role.

Even for the United States, Sadr presents an opportunity to sustainably stabilize a country it has been mired in for nearly two decades. Sadr suggested he might be willing to accept the presence of U.S. troops in Iraq in an advisory role, thus handing the Biden administration a face-saving way to remove the majority of its troops from the country. “The previous American administration said that they will watch Iran from Iraq,” Asadi said. “If the new administration withdraws its forces from Iraq and changes its policies towards Iraq and Iran, then neither Iran nor its supporters will have any excuse to threaten or attack U.S. interests in the region.”

Muqtada al Sadr is not America’s man, but neither is he Iran’s. His ambition to contain Iran overlaps with the United States’ and its allies in the region. Even Iraqis know Sadr does not have the panacea to the country’s many crises, and neither the politics of patronage nor corruption will disappear overnight. Yet Sadr’s powerful voice adds to the chorus of the desperate and powerless masses who seek to transform their country and share in its oil wealth in the form of jobs, better housing, and sufficient electricity supplies. 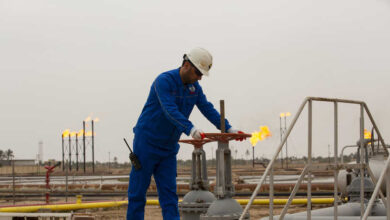 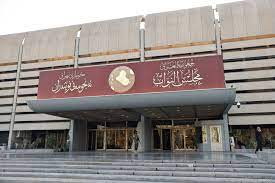