The killing of a top nuclear scientist has unsettled Tehran, but it’s still talking about a new deal with the United States.

The assassination of Mohsen Fakhrizadeh, an atomic physics specialist widely regarded as the chief architect of Iran’s nuclear program since the 1979 revolution, has predictably sullied the mood of policymakers in Tehran. The hardliner-dominated parliament is already pushing through a “Strategic Action” proposal that, if passed into law, could force the pro-diplomacy administration of President Hassan Rouhani to significantly reduce Iran’s commitments under the 2015 nuclear accord—officially known as the Joint Comprehensive Plan of Action—and essentially kill it.

The bill, whose general provisions received a 251-majority vote of endorsement on Tuesday before possible final passage in the future, requires, among other things, that the administration halt Iran’s voluntary implementation of the Additional Protocol, produce at least 120 kilograms of 20-percent enriched uranium per year, and build a new heavy water reactor. The foreign ministry was quick to slam it as a “neither necessary, nor useful” move that “will not help with the removal of sanctions.” Other hardline groups have urged the government to expel International Atomic Energy Agency inspectors, accusing them of espionage and complicity in the killing. Supreme Leader Ali Khamenei has also demanded “definitive punishment” for those behind the Nov. 27 assassination.

But while the chorus of calls for retaliation is growing among the elite and public alike, the Iranian leadership seems inclined toward exercising restraint and sticking to the same policy of “strategic patience” it has deliberately pursued over the last year, at least until U.S. President-elect Joe Biden assumes office on Jan. 20, 2021. Rather than a retaliatory terrorist attack or radical escalation of its nuclear noncompliance, public statements by government officials suggest their sights are set on negotiations with the United States.

The killing of Fakhrizadeh, widely attributed to Israel and believed to have the Trump administration’s blessing, was clearly meant to wreck the prospects of Iranian-American diplomacy on the eve of Biden’s inauguration by provoking Iran into jettisoning the nuclear agreement once and for all or taking radical retaliatory action that could trigger war and drag the United States in. “We cannot deal with the issue in an impulsive way, but we will never forget,” Gen. Esmail Kowsari, top advisor to the commander in chief of the Islamic Revolutionary Guard Corps, said in an interview two days after the assassination, adding that the “time, location, and type” of Iran’s revenge has yet to be determined. Interestingly, his note of caution echoed earlier comments by Rouhani vowing retaliation “at an appropriate time.”

But if Tehran’s decision is to resist the bait and persist with strategic patience until cooler heads prevail in the White House, both sides may still be able to take steps toward salvaging the nuclear agreement and resuming negotiations. A number of senior Iranian officials have already started making overtures to the incoming Biden administration to revive the beleaguered nuclear deal, which U.S. President Donald Trump abrogated in May 2018 before unleashing what was termed a “maximum pressure” campaign of economic sanctions against Iran in an ambitious bid to compel it into changing its behavior and negotiating a better deal.

There are sound arguments for Biden’s intention to return swiftly and unconditionally to the nuclear agreement—including the continuous shrinking of Iran’s so-called breakout time needed to make a single nuclear bomb from one year under the 2015 deal to as short as three months at the moment. But there are also substantial political costs to such a decision for a freshly minted unity-seeking administration in Washington. For one, if the Senate remains in Republican hands, a Biden administration may be compelled to spend considerable political capital on ensuring the passage of a COVID-19 stimulus package, and that as well as other domestic priorities might keep it from focusing on the nuclear deal. Additionally, U.S. allies—especially Israel but also Saudi Arabia—have made it clear they are willing to go to great lengths to torpedo the accord once and for all. Combined with intensifying domestic rivalries in Tehran as the state leadership succession looms on the horizon, these complications make a clean return to the 2015 deal unlikely before Iran’s presidential elections in June 2021, however desirable it is from a conflict prevention point of view.

In a televised public address on Nov. 3, Khamenei discounted the significance of the possible change in American leadership, reaffirming the sensibility of Tehran’s “maximum resistance” policy, which has significantly featured a disdainful rejection of negotiations with the United States. “As for the United States, our policy is calculated and clear, and does change with the arrival and departure of persons,” he said. “It has no effect on our [U.S.] policy.” In another speech later this month, Khamenei reiterated a similar position that strongly suggested his absence of urgency about sanctions relief, even though he left the door to Iran-U.S. talks ajar, preferably within a multilateral framework, provided that Washington secures Tehran’s trust first.

Meanwhile, the Rouhani administration and Foreign Minister Mohammad Javad Zarif have adopted quite different stances, producing a characteristic set of mixed signals by Iran’s ruling elite. In an interview on Nov. 18, Zarif made a pragmatic proposal that puts the ball in the U.S. court without a need for fresh negotiations. If the United States as a United Nations member “meets its obligations as such under UNSCR 2231, we will fulfill ours under the #JCPOA,” he tweeted, referring to the resolution passed unanimously by the United Nations Security Council in July 2015 to anchor the nuclear accord in international law. “If the US then seeks to re-join the JCPOA, we’re ready to negotiate terms for it to regain its ‘JCPOA Participant’ status,” Zarif continued.

As the embattled Rouhani administration seeks to grasp a short window of opportunity from Jan. 20 to June 18, the date designated for Iran’s presidential election, Zarif’s proposal is primarily aimed at sparing both sides the trouble of another round of complicated negotiations, implying that these would face stiff opposition in Iran by powerful hard-liners. In an unusually straightforward interview after the assassination of Fakhrizadeh, the foreign minister excoriated his hard-line rivals’ overtures and messages to the next U.S. administration that “moderates won’t remain in power” and that Washington “can work with them better.” In other words, Khamenei seems to have allowed Rouhani and Zarif to extract any concessions they can in terms of sanctions relief from the Biden administration while assuming, as he has repeatedly made clear, that American “hostility” to Iran “will persist” regardless, and that “we should frustrate them.”

The U.S. president-elect wants to reengage with Iran, but Israel has other plans.

Khamenei is clearly not counting on the possibility of the Biden administration making major concessions as it urgently needs to tackle a spiraling domestic COVID-19 crisis, potentially faces a hawkish Senate, and may require time to meaningfully unravel the complex sanctions mechanisms and structures the Trump administration has put in place. Against this backdrop, a straightforward and unconditional reentry into the Iran deal by the Biden administration would likely surprise Khamenei and frustrate his hard-line allies who are counting on Rouhani’s continued failure to repair the economy so as to boost their own political prospects before Iran’s presidential elections in June. Having seized control of the judiciary and the legislature already, they appear determined to win the presidency as well, an ambition that may require playing the spoiler’s game to hamper diplomatic efforts for resumption of multilateral negotiations until Iran’s next president assumes office in summer, or so the thinking goes. Notably, Swedish media sources reported on Nov. 24 that Ahmadreza Djalali, an Iranian Swedish disaster medicine expert accused dubiously of nuclear espionage for Israel and sentenced to death, has been abruptly moved to an isolation cell to await execution. This measure came only days before state prosecutors in Belgium commenced the trial of Assadollah Assadi, an Austria-stationed Iranian diplomat charged with plotting a bomb attack against an opposition group in France.

It is in facilitating a smooth return to the nuclear deal that Europe, more specifically the United Kingdom, France, and Germany, can team up with the incoming Biden administration to try to force Khamenei’s hand. Those three countries could simply revive a key element of the 2019 plan from French President Emmanuel Macron by setting up an immediate credit line of $10 billion to $20 billion for the purchase of Iranian oil based on a U.S. presidential waiver effective Jan. 21, 2021—in exchange for Iran freezing its ongoing nuclear activities that are in breach of the nuclear deal, including a halt to uranium enrichment with advanced centrifuges. In a single move, these European powers can restore some of their lost credibility and leverage in Tehran, build a trans-Atlantic bridge, stabilize the situation, and save the incoming U.S. president the trouble of having to spend political capital domestically.

The longer-term merits of such a move—if it is backed up by effective removal of sanctions in lockstep with the United States rejoining the nuclear deal—could include reinvigorating the political relevance of moderates in the upcoming presidential Iranian elections. In turn, this might contribute to fostering a more balanced political climate for the eventual succession of the country’s next leader, or even the formation of a leadership council instead of one-man rule.

It bears reminding that Khamenei himself has grown ever more skeptical of diplomacy with Washington after he enabled the nuclear talks in 2013 with his pragmatic rhetoric of “heroic flexibility,” only to suffer an unprecedented economic pressure campaign against his country less than three years later.

Despite their fiery rhetoric, however, Iranian hard-liners do not categorically oppose diplomacy with Washington but in fact prefer to manage it themselves and enjoy the consequential domestic authority and international prestige. Unsurprisingly, an influential outlet of the Islamic Revolutionary Guard Corps recently demanded that Iran’s nuclear file be moved from the moderate-dominated foreign ministry back to the Supreme National Security Council, which directly handled it from 2003 to 2013 before Rouhani took office.

Formidable challenges notwithstanding, it serves strategic American and European interests better to capitalize on the brief window of opportunity that starts on Jan. 20 by providing meaningful sanctions relief as a confidence-building step and harness Iranian moderates’ greater flexibility to set the stage for possible follow-on negotiations that Biden and his team are hoping for. If the United States and European powers team up behind the nuclear deal, Tehran cannot help coming back in from the cold.

Maysam Behravesh is a Research Associate at Clingendael, Netherlands Institute of International Relations, and a PhD Candidate in Political Science at Lund University, Sweden. He was an intelligence analyst and foreign policy advisor with Iran’s Ministry of Intelligence and Security (MOIS) from 2008 to 2010, and writes mostly about Iran and Middle East security. @MaysamBehravesh

Erwin van Veen is a Senior Research Fellow at Clingendael, Netherlands Institute of International Relations, where he leads a team analyzing the political economy of conflict in the Middle East. Twitter: @ErwinVeen 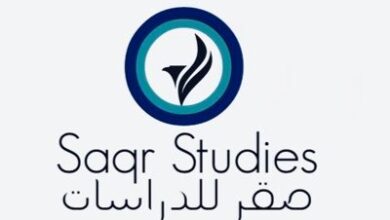