Iraqi Kurds Turn Against the PKK

Iraqi Kurds Turn Against the PKK

Now that it’s beaten back the Islamic State, the Kurdistan Regional Government is focusing its attention on a group it has long tolerated.

ERBIL, Iraq—Tensions are rising in the Kurdistan Region of Iraq, where officials in the Kurdistan Regional Government (KRG) are speaking out against the long-accommodated but increasingly unwelcome Kurdistan Workers’ Party, better known as the PKK. The intensified rhetoric—complemented by a new security agreement between authorities in Erbil and Baghdad that takes a decidedly anti-PKK stance—seems to be part of a coordinated effort to pressure the group to leave its historic hideouts in the mountains of northern Iraq.

The Oct. 8 assassination of a Kurdish border official—which the KRG’s security forces said was perpetrated by the PKK—and attacks on a key pipeline and Peshmerga soldiers in early November have brought to the fore the long-simmering tensions between the KRG and PKK. The latter group is making it known that it has no intention of leaving Iraq peacefully.

In Western discourse, “the Kurds” are too often referred to as a monolithic ethnic group with shared aims, glossing over very palpable historical, geographical, and ideological divides between various Kurdish political parties and factions. Belligerent activities by Kurdish-led armed groups have eroded stability both at the local and regional levels in Turkey, Iraq, and Syria. Unfortunately, these attacks receive only scant attention, even when those most severely affected are Kurdish.

The Kurdish-led PKK has long been designated a terrorist organization in the United States, European Union, and Turkey. It was also named a significant foreign narcotics trafficker by the United States in 2008, and exerts a sort of mafia-like power in certain areas. The PKK has long used the Qandil mountains in northern Iraq—which are just across the border from Turkey—as a hideout and training ground during its decades-long fight against Turkey. In June, Turkey began stepping up attacks on the PKK in Iraq, targeting its military positions in the Qandil and Sinjar mountains as well as other locations where the group has a presence.

—a burgeoning impasse I’ve witnessed in my reporting in the Kurdistan Region of Iraq over the years. In a 2014 interview with Peshmerga Sector Six commander Maj. Gen. Sirwan Barzani, who was then fighting on the frontlines against the Islamic State, he told me that the PKK was a major problem for the Kurds. At the time, however, the Islamic State had recently taken over vast swathes of Iraqi territory, and was setting its sights on the city of Erbil, the capital of the KRG, as well. The KRG forces had enough to deal with without opening another conflict with a different group, Barzani implied—though the PKK had, admittedly, helped in the fight against the Islamic State.

Five years later, in early 2019, Barzani doubled down on his claims that the PKK was a problem for the KRG but said the time had not yet come to discuss the matter publicly. There were still more pressing concerns: Our interview took place near the Qarachogh mountains, which had faced a rash of fires allegedly started by Islamic State.

But in early September 2020, with the threat of the Islamic State significantly reduced, Barzani was more open. He adamantly insisted to me that action must be taken against the PKK in northern Iraq and urged the Iraqi government to make a move. He noted that, until all weapons in Iraq as a whole were brought under state control, people would continue to be attacked by the group—and security concerns would prevent investment in the cash-strapped region. According to its own reports, the PKK maintains 37 bases in the Kurdistan region of Iraq—and has said it may resort to violence in response to KRG encroachment.

Gen. Barzani also lamented the influence of the PKK in the disputed territory of Sinjar, which lies along the Syrian border, noting that many internally displaced Yazidis could not return due to the confusion and lack of security resulting from the of presence of several armed groups. One KRG security official I met in Sinjar in 2016 has been targeted in PKK assassination attempts in recent years, causing him to be transferred to a different district.

Also in September, former KRG President Masoud Barzani spoke out against the PKK’s confiscation of land and extortion of locals in Iraqi Kurdistan. A statement by his Kurdistan Democratic Party claimed that “slavery has ended in the world but continued within the PKK.”

On Oct. 9, authorities in Baghdad and Erbil—the KRG capital—finally signed an agreement that aims to restore security in Sinjar. One key part of the accord requires the removal of the PKK from the area. On Nov. 24, the KRG and Iraqi federal government deployed 6,000 security forces to Sinjar, setting this plan into motion. Unsurprisingly, the agreement provoked a violent reaction from the PKK. In the past two months, the PKK has carried out several attacks on KRG forces, facilities, and infrastructure.

In the past two months, the PKK has carried out several attacks on KRG forces, facilities, and infrastructure.

The Iraqi, U.S., and French governments have all condemned the attacks.

Still, the KRG’s public condemnation of the PKK has opened the door for others who have felt victimized by the group to speak out. Recently, Assyrian communities living near Duhok in northern Iraq have seized the opportunity to denounce the PKK. On Nov. 10, the Assyrian Policy Institute tweeted that “PKK militants occupy various Assyrian villages,” which “has caused many negative consequences for local Assyrians, such as threats to their safety and restrictions on their movement.”

In the southeastern part of Iraqi Kurdistan, public opinion is starting to shift against the PKK as well. There has long been a marked political divide between the Erbil-headquartered Kurdistan Democratic Party (KDP) in the north and the Patriotic Union of Kurdistan (PUK), which enjoys stronger support in the southeastern part of the region close to the Iranian border. Among various other attempts to bridge the gaps—and often open animosity—between the two, a Nov. 9 meeting between the KDP and PUK sought to overcome recent tensions and create a unified front against the PKK.

Gen. Barzani said that the KRG’s PUK-linked forces in and around Sulaymaniyah have tended to be more supportive—or at least accommodating—of the PKK than in areas further north and near the Turkish border, where trade with Turkey is essential and many local Kurds cannot return to their villages due to the presence of the PKK.

Many within Kurdish-led People’s Protection Units (YPG) have fought for years as part of the PKK against Turkey prior to joining the YPG in northeastern Syria. For this reason, many of the foreign so-called volunteers—including Westerners—who fought alongside the YPG against the Islamic State in Syria were helped by PUK-linked forces, transiting through Sulaymaniyah rather than Erbil, which is closer to the border.

These Syrian Kurdish so-called Rojava Peshmerga are linked to the Kurdish National Council (KNC) party, which opposes the YPG-linked Democratic Union Party (PYD) and accuses it of having a tacit agreement with the Syrian regime. The KNC is part of the Istanbul-based Syrian Opposition Coalition.

In 2014, the KRG reportedly sent more than 20 vehicles with Iraqi Peshmerga through Turkey to fight in the Battle of Kobane against the Islamic State. No Syrian Kurds were on the convoy due to the tensions between the KRG-trained Syrian Kurdish fighters and the YPG.

The longstanding support for, or at least acceptance of, the PKK in southeastern Iraqi Kurdistan has also begun to change.

The longstanding support for, or at least acceptance of, the PKK in southeastern Iraqi Kurdistan has also begun to change.

Locals report that both female and male teenagers from their area have been “kidnapped” by the PKK, never to be heard from again. Many say PKK recruiters frequent cafés and other areas where young people gather, “targeting and preying on the weak.”

One Asayish security official—who asked not to be identified as he had not been authorized to speak to the media—angrily decried the PKK’s “refusal to listen” to KRG officials despite the fact that they had long provided refuge for PKK fighters as part of what they saw as a greater struggle for a Kurdish state. He also claimed that the PKK kidnaps and recruits troubled youth as well as those with financial and family issues, likening the group to a cult.

Several international bodies have documented that the PKK and its alleged “affiliates”—such as the U.S.-backed and Kurdish-led Syrian Democratic Forces (SDF) in northeastern Syria—continue to make use of child fighters. The dominant faction in the SDF is the YPG.

Mazloum Abdi (also known as Mazloum Kobane), who was in the PKK for decades and is now the top military commander of the SDF, told Al-Monitor in an interview on Nov. 7 that he was optimistic about the upcoming Joe Biden presidency. Abdi is a friend of PKK leader Abdullah Ocalan and joined the PKK in 1990. In 2011, after the war started in Syria, he was sent by the PKK to organize Kurdish fighters in northeastern Syria.

U.S. President-elect Joe Biden, who will take office in January, is widely seen as a pro-Kurdish politician. His concern for Kurds was reportedly one of the main reasons he voted for the U.S. invasion of Iraq. During a visit to northern Iraq in December 2002, he pledged U.S. support for the KRG and stressed that “the mountains are not your only friends” —a nod to the common Kurdish expression, “the mountains are our only friend.”

Unlike many Western media outlets, Biden does not make the mistake of lumping an entire ethnic group and its variant political organizations into one—as if they all share the same goals.

In early 2016, Biden compared the PKK to the Islamic State, saying that it is “equally a threat” and “a terrorist group plain and simple.” Unlike many Western media outlets, the president-elect has avoided the mistake of lumping an entire ethnic group and its variant political organizations into one—as if they all share the same goals.

Biden does not, however, consider the YPG to be a part of the PKK, a position he reiterated while condemning Turkey’s October 2019 Operation Peace Spring after the United States withdrew troops from Kurdish regions of northern Syria. Biden wrote that “Donald Trump sold out the Syrian Democratic Forces” and “betrayed a key local ally in the fight against terrorism.”

Still, the fact that the YPG’s current leader spent decades with the PKK—and that many others in its ranks were and possibly still are linked to the terrorist organization—means that any crackdown on the PKK in Iraq will invariably affect eastern Syria as well. Though the KRG differentiates between the YPG and the SDF, officials admit that there are close ties between them.

For now, though, a state monopoly on arms that can enable a post-Islamic State recovery and security for its population are more important to the KRG than simple ethnically based alliances. The PKK seems to have hurt a few too many Iraqi Kurds to be tolerated further.

Shelly Kittleson is a journalist focusing on the Middle East and Afghanistan. 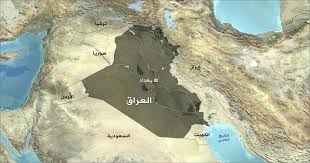