Iran’s Carefully Coded Message
The recent strikes make clear that Iran’s enemies won’t be able to bypass it in the Persian Gulf.

In mid-June, two oil tankers, the Front Altair and the Kokuka Courageous, were attacked in the Gulf of Oman near the Iranian coast, presumably by Iran’s Islamic Revolutionary Guard Corps (IRGC). One of the ships, the Kokuka Courageous, is owned by the Japanese firm Kokuka Sangyo. The other, Front Altair, is Norwegian. The strikes, which followed a similar episode on May 12 and an attack on a Saudi pipeline on May 14, were most likely a carefully calibrated message from Iran to its enemies. Any effective international response, whether diplomatic or military, needs to consider this message carefully.
Iran’s initial volleys came soon after the country appointed Ali Fadavi, a navy admiral, as IRGC deputy commander. No stranger to confronting the U.S. Navy in the Persian Gulf, Fadavi was decorated with Iran’s Fath (Victory) Medal after capturing U.S. sailors whose boat inadvertently entered Iranian waters in January 2016. Fadavi, who served as IRGC Navy commander from 2010 to 2018, is now at the center of the corps’ decision-making.

During his time as IRGC Navy commander, Fadavi explained the basis of the force’s strategic doctrine. In a televised interview on Iran’s Channel 1 in 2014, Fadavi posited that Iran, and specifically the IRGC Navy, is the guarantor of maritime security in the Persian Gulf. “The world knows that the U.S. cannot establish security,” Fadavi asserted. “Rather, it is Iran, it is the Islamic Revolution, that is resolute to provide security in the Persian Gulf—not only for its own sake, but for the sake of the world. The entire world will enjoy economic prosperity.”
In the same 2014 remarks, Fadavi compared heightened tensions with the United States to the tanker war at the tail end of the Iran-Iraq War. As the fighting in that war dragged on, Iran and Iraq took to attacking each other’s shipping infrastructure. When Iran menaced Kuwaiti ships loaded with Iraqi oil, the United States intervened. In 1987, the U.S. Navy launched Operation Earnest Will, its largest convoy protection operation since World War II. The move—combined with two retaliatory operations against Iranian oil platforms and naval assets and the accidental downing of Iran Air Flight 655—convinced Iran to stand down in the Gulf.
This time around, though, Fadavi emphasized, “the important thing is that America knows full well that if it confronts us, and that if even a single shot is fired in the Persian Gulf, the whole world will realize that America is not as strong as it was in 1988-89.” Unlike in the late 1980s, in other words, Iran would make sure that the United States and its allies would have to bend to its will.

Iran’s reported attacks in May and June were carefully calibrated to communicate this message. The first came on May 12, when four ships were sabotaged (presumably by the IRGC Navy) in the United Arab Emirates’ Fujairah oil port. The targets included two Saudi vessels and one Norwegian tanker, along with an Emirati bunker ship used in fuel storage operations. Days later, Iranian-supported Houthi forces in Yemen conducted a sophisticated drone attack on two oil pumping stations in Saudi Arabia.
The pumping stations feed Saudi Arabia’s Petroline, also known as the East-West Pipeline, which transports oil from the kingdom’s Eastern Province, which is on the Persian Gulf, westward to the country’s oil refineries on the Red Sea coast.

The pipeline enables Saudi Arabia’s exports to bypass the Persian Gulf and its Strait of Hormuz chokepoint. According to the Saudi Ministry of Energy, the attack on the pumping station caused only minor damage. Given that the Houthi rebels could have taken on larger targets, such as fuel tanks, which would have resulted in spectacular explosions, it seems that these strikes were tailored to threaten the kingdom’s ability to bypass the Persian Gulf without providing a pretext for a major escalation.

Attacking ships in the UAE’s Fujairah port carried a similarly tailored message. Fujairah is the world’s second-largest port for ship refueling, and it is a major oil storage center. It is the endpoint for the Abu Dhabi Crude Oil Pipeline, which originates in the UAE’s Habshan oil field. This route also enables the UAE to bypass the Persian Gulf and the Strait of Hormuz.
For its part, Tehran denied that it was involved in either set of attacks. Although the circumstances surrounding the Fujairah attacks remain murky, Iranian-supplied Houthis in Yemen were clearly involved in the attack on Saudi Arabia’s Petroline pipeline. It is unlikely that the rebels would conduct such an attack without at least tacit permission from the IRGC’s Quds Force.

Both May strikes can be seen as part of a carefully crafted response to U.S. President Donald Trump’s decision earlier that month to tighten sanctions on Iranian oil. The message was simple: Saudi Arabia, the UAE, and other Gulf countries would not be able to replace Iranian oil on the market or bypass the Persian Gulf and Strait of Hormuz, which Iran intends to dominate.
Read More

But none of them backed down. For its part, Saudi Arabia has reason to believe its pipeline is sufficiently resilient to withstand Iranian provocations. The state-owned oil company Saudi Aramco is amply supplied with spare pipeline parts to replace any damaged ones. The UAE will take a similar approach to boost the resiliency of its infrastructure. And the United States even upped the ante in early June by tightening its sanctions regime. The original sanctions had allowed Iran to continue exporting several of its petrochemical products. (Such sales had been key to Iran’s economic survival throughout the early 2000s, and it was new U.S. and European Union sanctions on the Iranian petrochemicals industry that pushed Tehran to the negotiating table in 2013.) After the May strikes, Trump decided to close that loophole.

Although this summer’s strikes contain an implicit warning about IRGC capabilities, all of them were calibrated as measure-for-measure responses that would not instigate a major conflagration. Such careful calibration may indicate a willingness in Tehran to consider renewed talks that establish explicit red lines for regional security.
If the United States does not acknowledge Iran’s role as one of the guarantors of maritime security through offering incentives, the strikes will continue. And if they do, the United States will be put in a position of proving that the IRGC’s bite doesn’t match its bark by dismantling a significant portion of the corps’ anti-access, area denial capabilities, such as the cruise missile batteries that line Iran’s Persian Gulf coast, through the use of military force.

Iran has shown its desire to improve its bargaining position without igniting a larger conflict. The United States can choose to accommodate Iran’s desire while maintaining the pressure of sanctions or can attempt to degrade the IRGC Navy’s capabilities. Either way, Iran’s message is awaiting a response 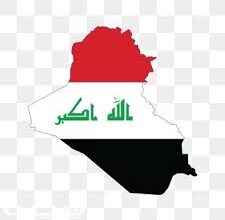