A Path to War With Iran
How Washington’s Escalation Could Lead to Unintended Catastrophe
By Philip H. Gordon

Trump seems to have painted himself into a corner with China in much the same way as he has done with Iran: by imposing unilateral sanctions, misreading his opponents, and misleading the American people about the costs, risks, and consequences of his approach. The tariffs he initially imposed on $50 billion in imports from China were supposed to produce a “better deal,” but instead—and unsurprisingly—provoked Chinese counter-tariffs. The United States responded by increasing the rate of the tariffs and preparing to expand them to cover the entirety of China’s $540 billion in exports to the United States. Even as the costs to U.S. farmers, producers, and consumers mount, Trump is now speculating that he will be better off politically if he continues to confront China at least until the 2020 elections.
A trade deal with China is, of course, still possible, just like a new nuclear deal with Iran. But further escalation is also a real possibility, as is a dangerous spillover from the economic domain to the political one. Indeed, in my fictional scenario I imagined the slippery slope toward military conflict having been preceded by a “trade war that escalated beyond what either side had predicted,” and an extreme nationalist China denying the United States cooperation in North Korea and challenging it in the South China Sea. China’s state media is now calling the United States an “all-out bully,” a “paper tiger,” and “colonialist.” At least one prominent Chinese scholar has suggested that Beijing hit the “anxious and arrogant” United States by banning the rare earths on which U.S. industry relies and selling U.S. treasury bonds, moves that would have a devastating impact on the U.S. economy. Trump seems to have failed to anticipate that other countries have domestic politics, too—not to mention leverage to use against the United States.
Trump’s approach to North Korea began with bluster, name-calling, and threats, yielding in 2018 to a surprising rapprochement; Trump even claimed that he and the dictator Kim Jong Un “fell in love.” This courting of Kim was a welcome alternative to a possible nuclear war, but Trump could easily revert to hostility, given his penchant for turning suddenly and brutally on anyone whom he believes has turned on him. North Korea’s recent testing of a “new type of tactical-guided weapon,” its resumption of short-range missile tests, and the U.S. seizure of a North Korean smuggling ship that Pyongyang is demanding be returned are all recent reminders that relations could deteriorate quickly if Trump’s professed love for Kim proves unrequited.
Iran is hardly the only place where Trump could stumble into accidental war.
And now we can add Venezuela to the list of countries about which U.S. miscalculations could lead to deadly conflict. Trump boldly threw in his lot with the Venezuelan opposition and called for regime change, confident that U.S. pressure could dislodge the corrupt regime of Nicolas Maduro. He seems to have failed to anticipate that Maduro would use violence to cling to power, and that he would do so with Russian, Chinese, and Cuban support. Now Trump finds himself caught between accepting an embarrassing failure or escalating in a way that could involve U.S. military intervention, an “option” he does not rule out.
What Next?
With all the public talk about the potential for conflict with Iran, Trump appears to be looking for a way out. He said last week that he would “like to see [Iran’s leaders] call me,” and he reportedly told the Pentagon that he did not want to go to war. His continued outreach to Chinese Leader Xi Jinping and Kim Jong Un, despite their defiance, also suggests that he may well understand the risks of escalation. Perhaps Trump has, after all, envisaged a future that includes inadvertent U.S. military conflict and doesn’t like what he sees.

Less reassuring, however, is that the Trump administration’s overall approach to these issues—and the president’s personal approach to dealmaking—has not changed and risks ending in catastrophic failure. The pattern seems to be one of hoping that threats, sanctions, and bluster force an adversary to concede or accept a “great deal”; then, having failed to anticipate the actual results of such tactics, the United States finds itself backed into a corner with no obvious way out. In an apparent effort to assuage fears of war with Iran, one senior U.S. official said to The Washington Post this week, “because we are applying levels of pressure that don’t have any historic precedent, I think we can expect Iran to increase its threats and to increase its malign behavior.” That such a response from Iran might be explicable does not make it reassuring.
While Trump may not want war, moreover, he is no longer surrounded by advisers who can help him avoid it. Former Defense Secretary James Mattis, someone who had seen war up close, was a voice of restraint, but he has now been gone for six months, and his acting successor has neither the stature nor apparently the willingness to challenge Trump. The president’s two closest foreign policy advisers are now Secretary of State Mike Pompeo—an uber-hawk on Iran who seems to tell Trump only what he wants to hear—and National Security Adviser John Bolton, who has long advocated the very sorts of wars Trump apparently seeks to avoid. Bolton has argued that the only way to stop Iran’s nuclear program is to bomb it and advocated supporting Iranian ethnic and internal resistance groups in order to accelerate regime change. He has also called on the United States to revisit the “one China” policy and “see how an increasingly belligerent China responds”; refused to rule out the use of U.S. forces in Venezuela while insisting that the Monroe Doctrine is “alive and well”; and written that “it is perfectly legitimate for the United States to respond to the current ‘necessity’ posed by North Korea’s nuclear weapons by striking first.”
In 2017, when I imagined various ways the United States might stumble into a conflict, I got some things right and some things wrong. What I certainly failed to anticipate was that two years further on, we would be relying on the instincts of Donald Trump to keep us out of war

The Revolution of Contemporary Military Technologies 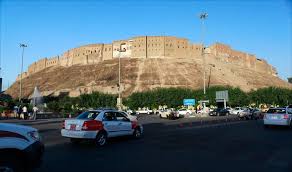